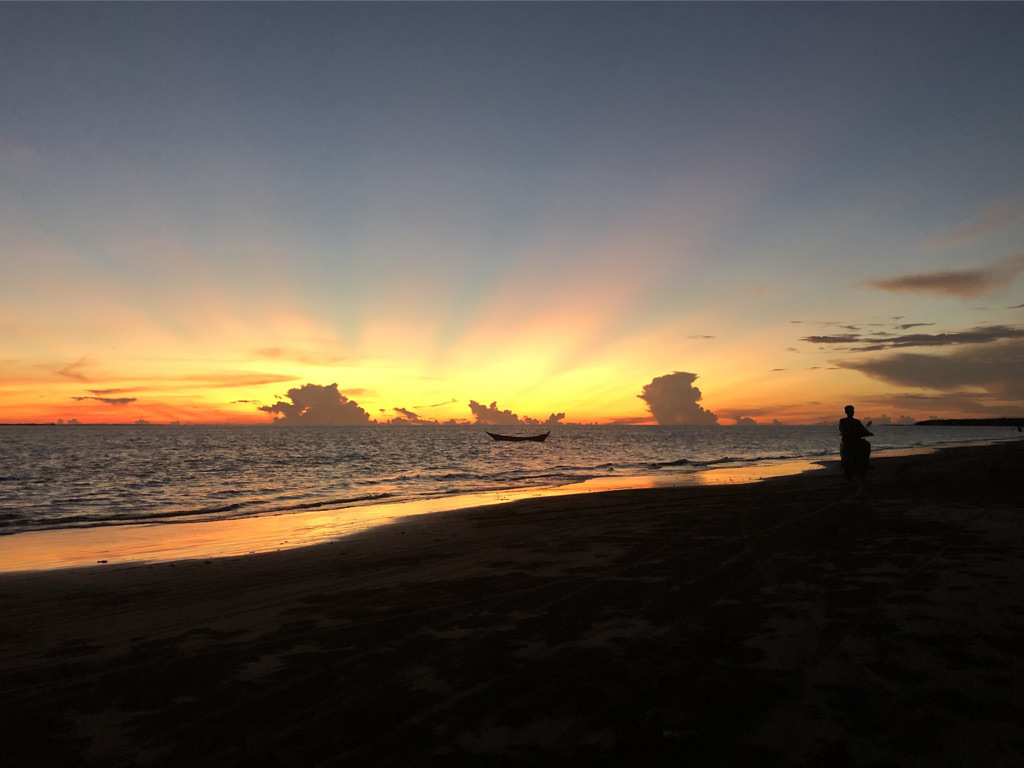 As the sun sets behind an old fisher and his boat in Haung Gyi Tan village in Myanmar at the mouth of the Ayeyarwady Delta (see photo), a single motorbike drives by, inadvertently contrasting the past with the future. That motorbike, ironically, only arrived in this area by boat – as no major roads reach this far to the ocean. The Southern part of Pyapon township, where Haung Gyi Tan village is located, is still largely cut off from Myanmar’s network of major roads. Electricity is provided by generators, everything else – and everyone else – arrives by boat.

This is the area where in January 2018 APFNet, together with The University of Queensland and the Watershed Division of the Forest Department of Myanmar, stated a three-year project aiming to not only improve local livelihoods, but also to restore the valuable mangrove forests in Amar sub-township, where the project villages are located. Half-way through the project it was time to take stock. Thus, a mid-year review team, headed by evaluator Mr Jim Enright (from the Mangrove Action Project) and supported by APFNet staff and the project team, set out to visit the project sites in October 2019.

A tragedy and its only opponent

May 2008 is considered a landmark date in recent Myanmar history, forming a scar running so deep that anything else in the Delta can only be described as before and after the event. Then, just west of the village, Cyclone "Nargis" struck, the worst natural disaster in the recorded history of Myanmar. More than 138,000 people died. Homes were obliterated by up to 9-metre-high waves – a population subjected to the wrath of nature. Yet, if it wasn't for a group of special trees, this cyclone could have claimed even more lives.

Mangroves, a group of various tree species that are all able to withstand saltwater to varying degrees, cover the entire Ayeyarwady (Irrawaddy) Delta. Unlike virtually all other trees in the world, they have evolved a complex salt filtration system and complex root system to cope with saltwater and the low oxygen conditions of waterlogged mud. Mangroves are uniquely adapted to tidal areas, such as river deltas and marine shorelines. Importantly, they also present critical natural barriers against flood and storm surges, such as Cyclone Nargis, as they not only physically provide protection, but also produce soil, raising the elevation of the shore. Recent research has shown that a two-metre-wide strip of mangroves along the shore can reduce wave height by 90 percent; furthermore other research has indicated that mangrove barriers can reduce the economic impact of intense storms, which also leads to more rapid recovery of communities.

Yet, the area of mangrove forests in the Delta keeps declining and the remaining forests are becoming increasingly degraded.  Virtually the only thing between the people in the Delta and the next storm is disappearing. But why?

Mangroves are not just protection against storms, but they also provide livelihoods. In an area without electricity or gas as alternative energy sources their role as fuel is crucial. They are used to smoke fish and cook food, not only in the most remote areas, but widely throughout the Delta. With an ever-increasing population, demand for fuel has risen accordingly. And, given that only 20 to 30 percent of the population in the Delta is landowners, alternative ways to earn income are desperately needed, even if the earned income is low. A small bundle of wood, as shown in the photo below, sells for about USD 40, but takes two people a month to collect. That is only USD 20 of income per person. Desperation driven by market demand and poverty drives people to cut mangroves anywhere they can, even though it reduces resilience the next time a storm arrives. 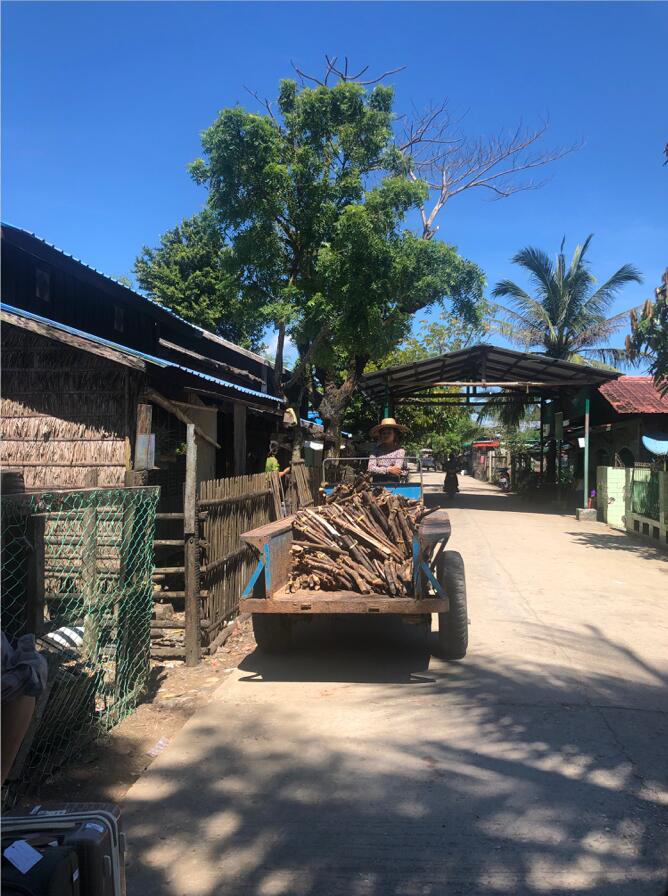 Mangroves are cut in the Delta and used as fuel.


But this is far from the only reason the mangroves are threatened. Historical incentives by the previous government accelerated conversion of mangroves to rice paddies, which was exacerbated by a lack of tenure protection of community-owned mangrove forests. Shrimp and fishponds used in aquaculture often exclude mangroves. It seems that it's either one or the other – mangroves or humankind.

Mangrove or humankind – searching for the third path

Understanding this problem, researchers at The University of Queensland, supported by APFNet and the Watershed Division of the Myanmar Forest Department, set out to find a third solution. Professor Catherine Lovelock, one of the world's leading researchers on mangroves and Director of the project, supported by Dr Sang Phan, the project coordinator at The University of Queensland, aimed to develop a mangrove-friendly aquaculture model.

While spending some time assessing the best combination of mangroves and aquaculture that suits local conditions – mangroves and shrimp, mangroves and fish or mangroves and crab aquaculture, the choice finally fell on combining mangroves and mud crabs. In this model small mud crabs are kept in small ponds in the mangroves and are fattened, before being finally sold for local and international consumption. The model itself worked well aside from one problem: the availability of juvenile crabs is declining due to the increasing pressure on their population.
To solve this problem the project team is working to establish a mini-crab hatchery – one of the first in the entire delta – to produce juvenile crabs without negatively affecting the natural crab population. Given that one female crab can produce 1 to 1.5 million eggs, a crab hatchery could eventually provide an alternative to juveniles caught in the wild. 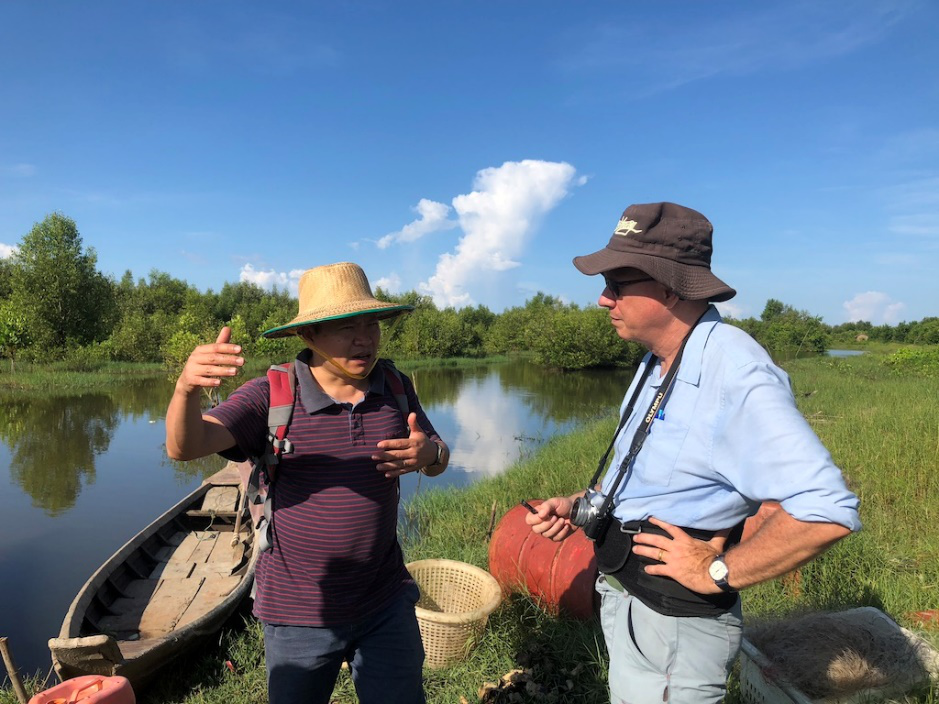 Burn it, plant it, weed it – figuring out the best ways to restore mangroves

Mangrove restoration is not as easy as it sounds: different elevation levels, salinity levels and tree species prevent restoration practitioners from finding a one-size-fits-all solution. To find suitable restoration techniques for the Delta, four different restoration trials with three replicates of each were established, trying out different combinations of species, weeding and site preparation. Mr Jim Enright, evaluator of the project and head of the Mangrove Action Project, with years of experience in mangrove restoration noted quickly that while the trials were well established, it is also important to pay attention to the details. "You are weeding around the mangroves, but you have to be careful with the creepers, they strangle the tree while you are focusing on the ground vegetation." While the final results will only be available at the end of the project, first indications, such as direct seeding being a good option under certain conditions, have already been observed. During the investigation it was also noticed that based on the success of the test site, the current land preparation treatments, such as burning, may not be as necessary as previously assumed. Additionally, 66 hectares of mangroves receiving enrichment planting and a nursery for scatter tree species (casuarina and melaleuca) for additional fuelwood were established.

While the project has been able to adapt to the local situations, challenges remain that often extend beyond the project. The system of land allocation and tenure rights strongly discourages local people from actively using their community forests, leaving them unprotected from illegal wood collectors in many cases. Some livelihood solutions, such as the crab hatchery, need a trial rotations to determine the fine balance of factors necessary for the crabs to grow successfully, often something exceeding the financial or time capabilities of the poorest. Landless people have only limited opportunities to sustainably engage in livelihood opportunities.

All being said, during the Mid-Term Review Workshop participants agreed that this project stands to become a successful demonstration of how to sustainably combine mangrove restoration with aquaculture – a practice that will hopefully spread throughout the course of the project and beyond. 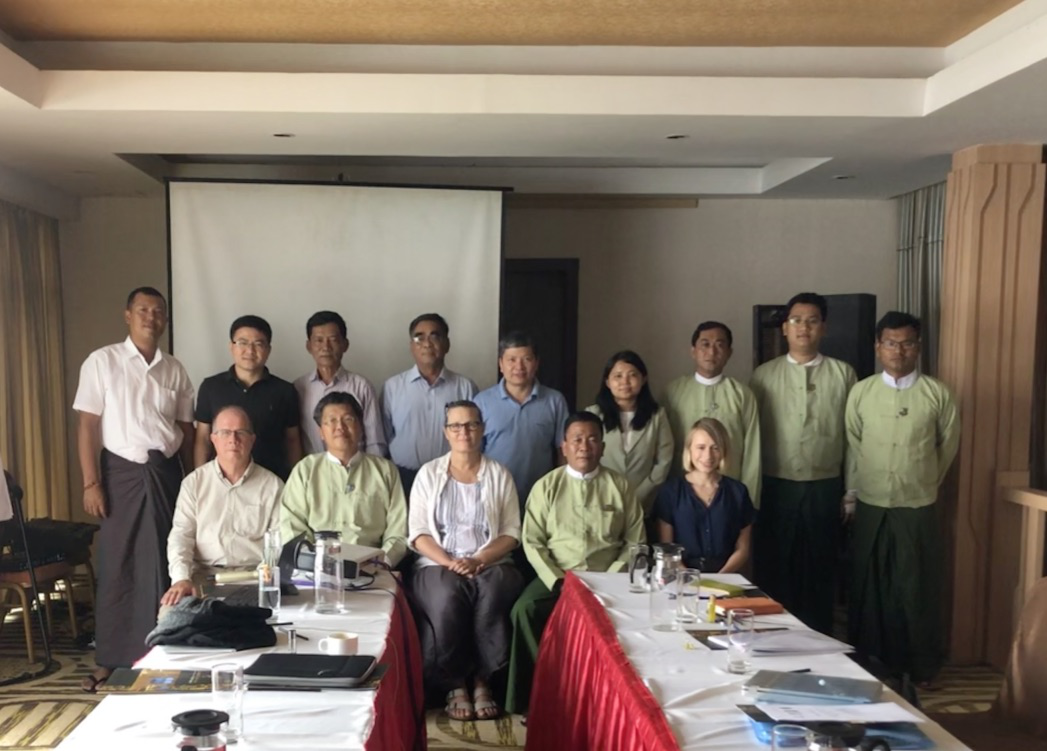 Participants of the Mid-Term Review Workshop.
For the future of forestry research: Young talents come together at the First Early Career Academics Forum
Helping a wetland national park soar to new heights – launch of a new APFNet project in Viet Nam