Tropical peatlands have incredibly high carbon density and thus their destruction has the potential to contribute significantly to global emissions of greenhouse gases (GHG). Indonesia has the largest share of the global tropical peat forest carbon pool (estimated at 65 percent), yet it also experiences the most rapid degradation of peat swamp forests due to strong economic and social pressures for timber and land for agriculture. Clearance and drainage of peat swamp forests over recent decades have resulted in an unprecedented increase in peat fires, with smoke and pollution affecting not only Indonesia, but all of Southeast Asia. Indonesian peat fires released about 15 percent of total global GHG emissions in 1997–1998. Currently emissions from drained and burnt peatlands account for about 5 percent of the global carbon budget each year.

However, emissions from peatland fires are currently not included in the official Indonesia report to the UNFCCC because there are no empirical data sets or methodology to measure emissions with sufficient accuracy. This is preventing the economy from moving from Intergovernmental Panel on Climate Change Tier 1 reporting to UNFCCC, which uses default non-specific formulas, to Tier 2, which uses economy-specific calculations. Tier 2 reporting is preferred by most economies, as it is one of the requirements to receive results-based compensation for emissions reduction, such as REDD+ payments. 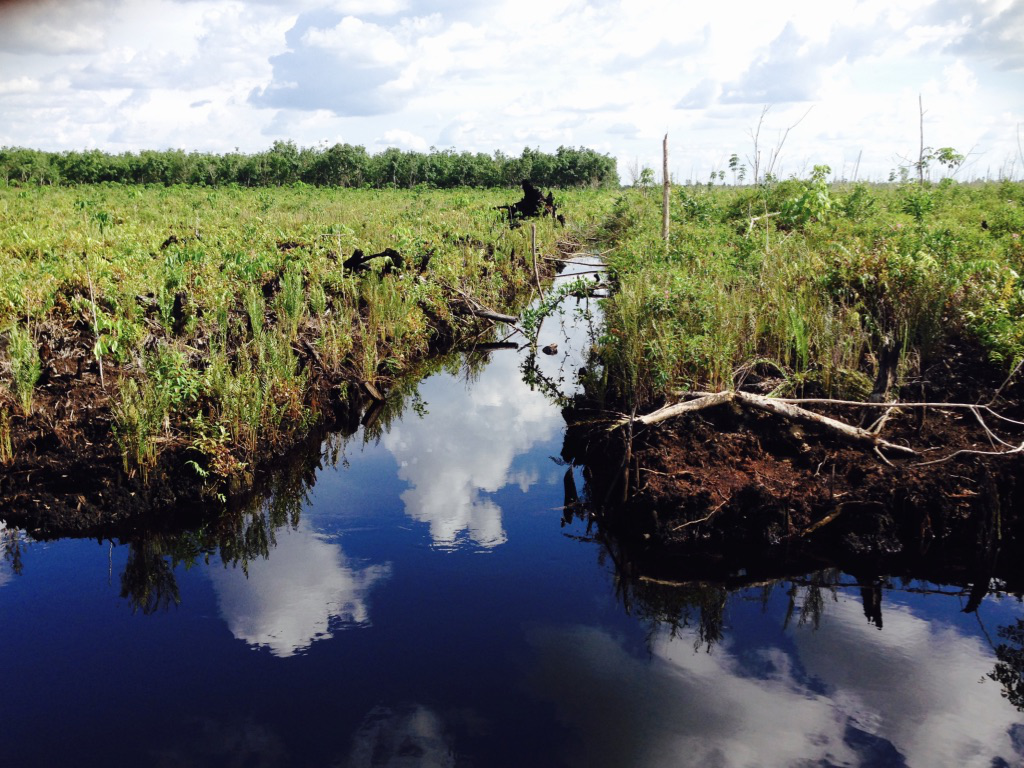 Not all peat forests burn equally
When reporting emissions, it is currently assumed that 100 percent of peatland burns during fire. This is grossly inaccurate. Peat fires are generally dominated by smouldering combustions, a flameless form of burning. In contrast to forest or grassland fires, smouldering fires can persist under low temperatures, in moist conditions and with almost no oxygen and, as a result, can burn for weeks or months despite rain or changes in fire weather. Without an extensive body of baseline data identifying patterns in burning behaviour, it is hard to estimate how much of the peatland has burned and how much carbon has been emitted after the fires are extinguished. Fuel loads (including fuel types), area burned (severity and patchiness of the burn), other combustion factors and emission factors (both determined by the fuel type) ultimately determine how much GHG emissions are released in a given burn.

Developing a new methodology
To help Indonesia provide empirical data and calculation methodology, APFNet teamed up with the Indonesian Government’s Forestry and Environment Research Development and Innovation Agency, the Forest Research and Development Center and the University of Melbourne to initiate a new project “Improving capacities towards reducing greenhouse gas emissions from peat swamp forest fires in Indonesia.”

A comprehensive literature review will be followed by the development of an experimental design for measuring fuel loads. The experimental field sites will include both intact and degraded peat swamp forests at various stages of degradation and different burn stages (not burned, burned once, twice or three+ times), on two of the largest islands of Indonesia – Kalimantan, close to the city of Palangkaraya at the Tumbang Nusa Research Forest, and the island of Sumatra. The data collected will be analysed to understand the relationship between fire intensity, fuel type, forest degradation stage and emission releases to develop formulas that can calculate emission estimates for any given piece of land that has experienced burns.

Using these results, policy recommendations for emission reduction in peat swamp forests will be developed. Finally, through capacity building and publication of research in high-quality, peer-reviewed journals, the methodology will be presented to the Indonesian Government to be formally adopted in their national reporting.
Wangyedian multi-functional forest experimental base project
46.Demonstration of vegetation restoration and management and utilization of forest resources in the Greater Central Asia (Chifeng site) Phase II