29.Construction of a mini botanic park of 8.4 ha within the National Garden Park of Mongolia Mini botanic garden project

Background
Mongolia is a forest-poor economy with a forest cover of 8.14 percent in 2006 (FAO, 2010). Ulaanbaatar, the capital of Mongolia, has various environmental and “livability” challenges, mainly caused by the rapid rate of urbanization and deforestation since Mongolia transitioned from a planned economy to a market economy in the late 1990s. The municipality committed to address these challenges in the “Green Development Strategy Action for Ulaanbaatar 2020” which aims to develop Ulaanbaatar into a green city, characterized by a sustainable, safe and healthy living environment for its citizens.

In 2009, the city governor of Ulaanbaatar made a resolution to build the National Garden Park along the Tuul River in the southern part of Ulaanbaatar, to expand urban greenspaces and provide facilities for environmental education, forest experiences and reconnect citizens with nature. This 1,280-ha park will also help to preserve the watershed of Tuul River, as well as mitigate air pollution. About 20 percent of the park has already been constructed.

In 2016, APFNet and the Ministry of Environment and Tourism, Mongolian Nature and Environment Consortium and the National Garden Park of Mongolia, launched a project to construct an 8.4-ha botanic garden within the park to showcase classical features of Chinese gardens and provide a site for people to experience forests in an urban area. This project has been credited as an integral part of the “Mongolian Green Wall” – a long-term national programme to combat desertification and reduce deforestation, approved by the Mongolian Government in 2005.

Design and construction of botanic park
The botanic park is built in traditional Chinese garden style, combining vegetation, pavilion, winding trails, bridge, water pond and lights to express the harmonious relationship between people and nature. All the infrastructure is designed in Chinese landscape style. The park presents visitors with a series of intentionally composed and perfectly framed glimpses of scenery, built alongside a water channel.

Visitors enter the park over a stone bridge to reach a grey-green brick platform, surrounded by grey walls, and containing a rock sculpture with the name of the park. Across an arched stone gate at the end of the platform, the water pond and a traditional wooden pavilion occupies the centre of the park. About 2.5 km of winding trails allow visitors to experience the whole botanic park, where a series of landscaped nature scenes are revealed when walking along the trails. Green mountains in the distance appear to be an extension of the park itself.

The park was completed and opened to the public in October 2016. The administration of the park has been transferred to the National Garden Park for future management and maintenance. 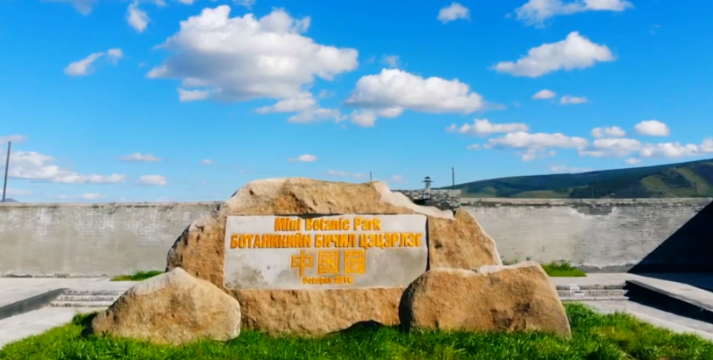 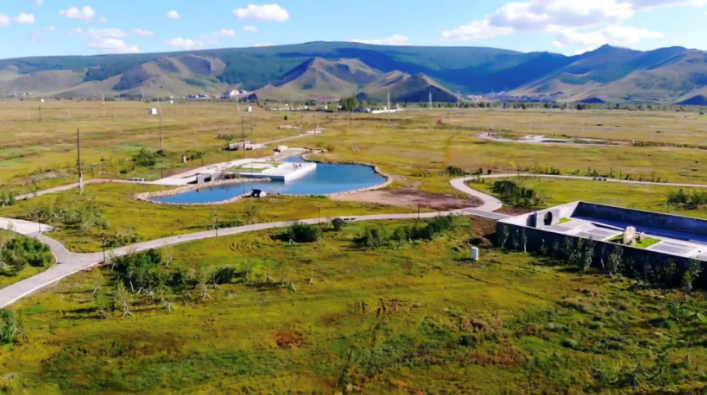 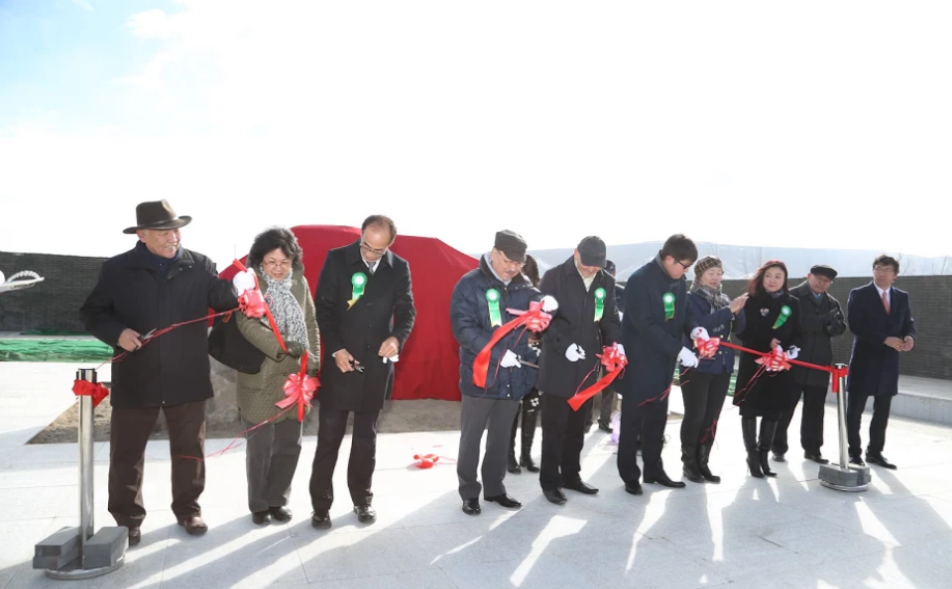 
Planting appropriate tree species
The vegetation is the most important and essential element of the park, replacing a previously degraded area only covered by weedy grasses. After the basic infrastructure was constructed, the park was planted with up to 8,965 diverse trees, shrubs and flowers. Through careful selection of each species, the colour of leaves and flowers changes continually as the seasons progress to provide interest all year. All plants selected are naturally distributed in temperate zones with a focus on species from Mongolia and northern China, and are both drought- and cold-resistant, crucial abilities to survive in Ulaanbaatar without needing excessive management and additional resources. Name plates with an introduction to each species were installed, so that visitors can learn about them. An irrigation system was installed to water seedlings.

Generally, multiple individuals of one species with potential to grow tall were planted with suitable spacing density surrounding the park or a bit further from the trails. Bushes and flowers were planted in clusters closer to the pathways. In 2016, 6,700 trees and bushes were planted, and APFNet provided further support to plant another 2,300 seedlings in 2018.

The botanic park is now a popular place for local residents to unwind and get some fresh air after work and on weekends. 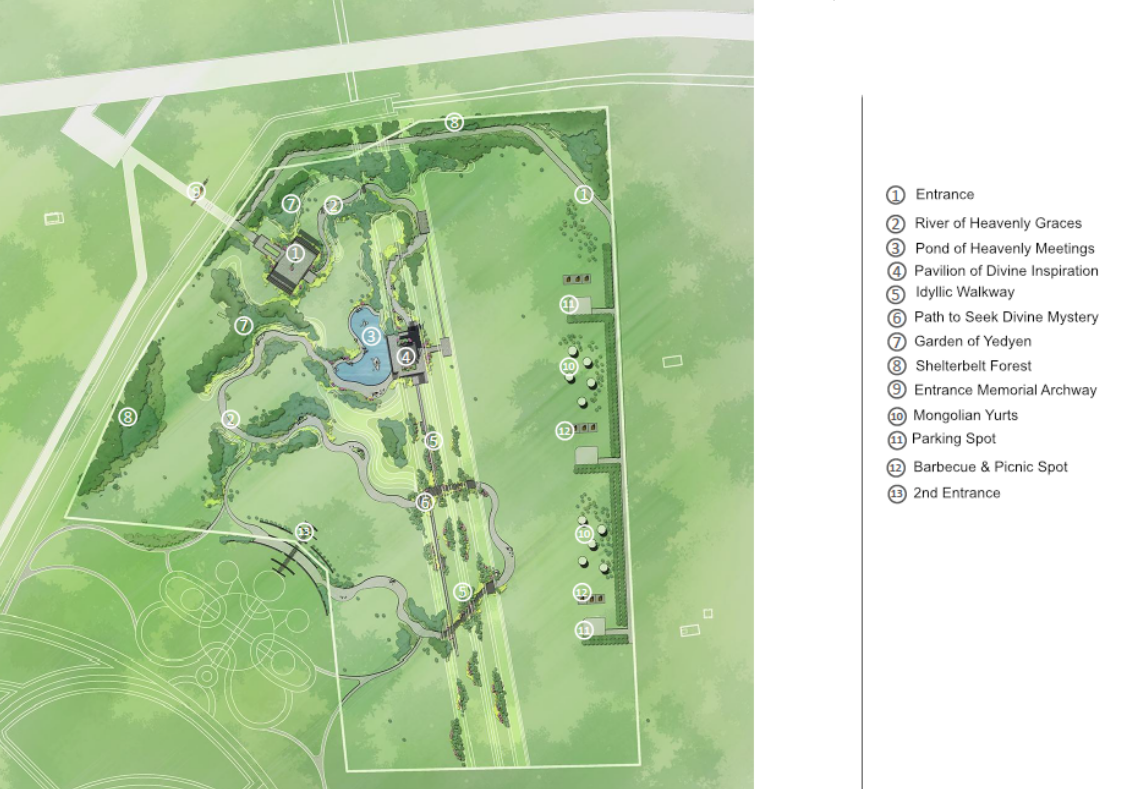